Each Immortal's have a magic tool that can give life or destroy evils. Tieguai Li had an iron crutch and gourd, Zhang Guolao always rode the donkey back to front, Han Zhongli waved his palm-leaf fan, Lan Caihe carried his flower basket, Han Xiangzi played his flute, He Xiangu always appeared with lotus flowers, Lv Dongbin had a sword, and Cao Guojiu held a jade tablet.Their eight tools together are called "Covert Eight Immortals" or "Eight Treasures". It's also said that the Eight Immortals represent male, female, the old, the young, riches, honour, the poor, and the lowly respectively. So the Eight Immortals with their tools are one of the most popular elements in the secular Chinese culture.

It's said that, one day the Eight Immortals went to celebrate the birthday of the Queen Mother of the Western Heavens. When they prepared to cross the East Sea, one of the immortals, Lv Dongbin, proposed that they each cross the East sea using their own magic tools, instead of flying over it on a cloud. The other immortals agreed with him. Then each of them threw their own magic tools to the sea and stood on the tools. They sailed through winds and sea waves, and finally they all went together to the birthday banquet of the Queen Mother of the Western Heavens.

The most famous and auspicious artworks (paintings )of the Eight Immortals are "Ba Xian Zhu Shou(八仙祝 寿)" and "Ba Xian Guo Hai(八仙过海)":

Ba Xian Zhu Shou(八仙祝寿): The Eight Immortals offering birthday congratulations Chinese painting. In China, this picture is very auspicious and often given as a birthday gift to the elderly.

Ba Xian Guo Hai(八仙过海): The Eight Immortals crossing the sea Chinese painting with the aid of their magic tools. This picture implies everyone has his unique method of a skill to compete with others. 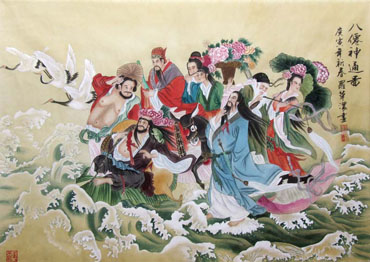 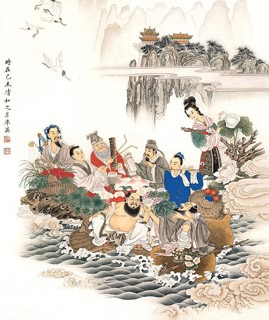 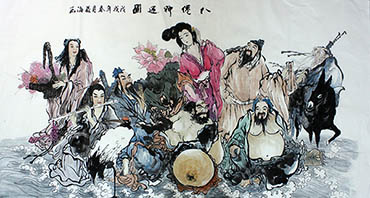 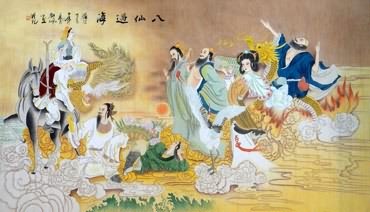 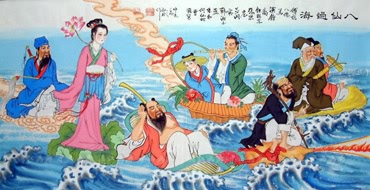 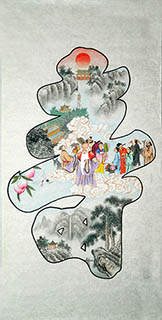 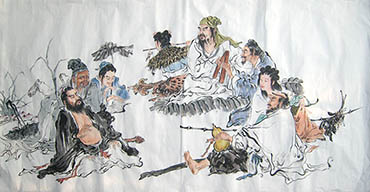 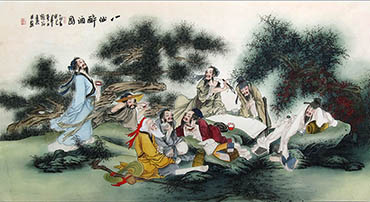 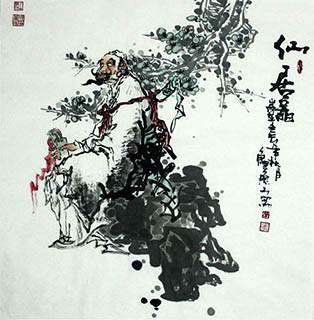 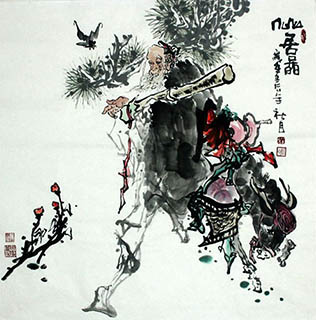 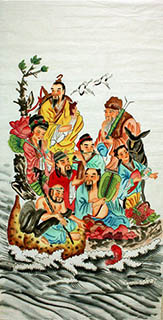 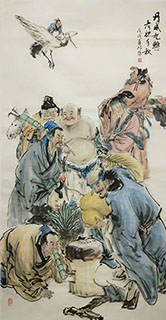 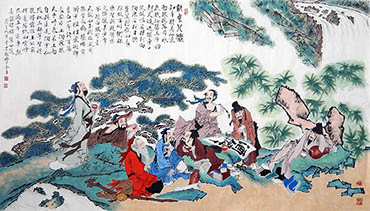 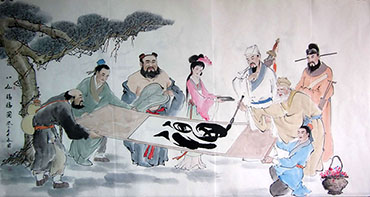 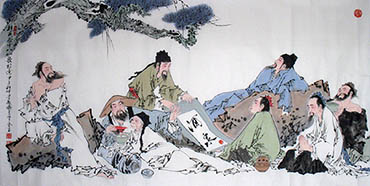