Plum Blossom is well known as its purity, strength and modesty. It is one of the famous Chinese traditional flowers.

梅开五福，快乐，幸运，长寿，顺利，和平。 Plum Blossom with Five Blessings. Includes happy, lucky, longevity, successful and peace, for this meaning comes from that plum blossom have five petals and its other name in China tradition is the five blessing flower.

Chinese Plum Blossom Painting: In the dead of winter, plum blossom blooms earlier than other flowers, and it is an early sign of spring. So folk people regard plum blossom as an auspicious symbol and the herald of spring.

Chinese Magpie & Plum Blossom Fengshui Painting: Xi Shang Mei Shao(喜上眉梢), Xi Bao Chun Guang(喜报春光). In ancient China, magpies were regarded as auspicious birds. People thought they had the precognition ability. In Chinese, the branch of plum is called "梅梢" which sounds the same as "tip of brow(眉梢)", and the first Chinese character of "magpie(喜 鹊)" is "喜" which means "happiness" and "good news". So this combination symbolizes "very very happy to know a good news (happiness apprears on the eyebrows)".

Chinese Plum Blossom, Bamboo and Magpie Painting: Zhu Mei Shuang Xi(竹梅双喜). Two magpies flying among the bamboo and plum trees. Magpie was regarded as a herald of good news, and the first Chinese character of "magpie(喜鹊)" is "喜" which means "happiness", so two magpies mean double happiness. Bamboo and plum blossom symbolize a boy and a girl playing together during their childhood (it's a famous saying coming from a poem of Li bai in Tang Dynasty). So this combination symbolizes "A boy and a girl were playing together when they were children, and they become a perfect couple when they are growing up".

Chinese Bamboo, a pair of Paradise-flycatchers & Plum blossom Painting: Qi Mei Zhu Shou(齐梅祝寿), Ju An Qi Mei(举案齐眉). Plum blossom, bamboo and a pair of paradise-flycatchers. In Chinese, "bamboo(竹)" sounds like the word "wish(祝)", and "plum(梅)" sounds the same as that of "eyebrow(眉)", the first Chinese character of "paradise-flycatchers(绶带鸟)" is "绶" which sounds the same as that of "longevity(寿)". In China, a perfect couple living in harmony and mutual respect is called "Ju AN Qi Mei(举案齐眉)". So this combination is a symbol of such a couple. “longevity with wealth and honor” or “a happy marriage” 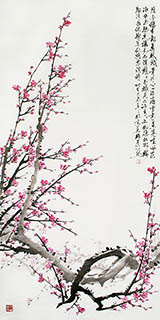 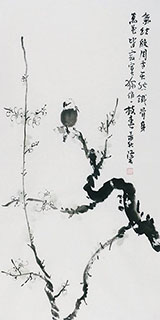 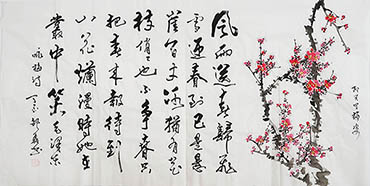 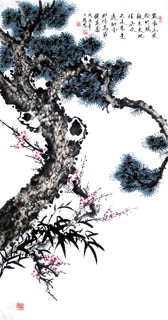 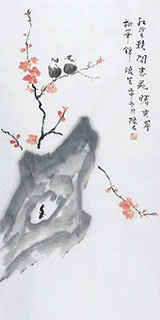 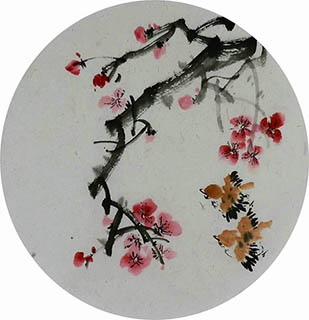 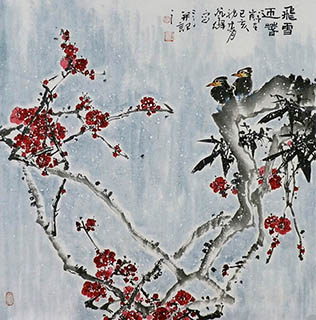 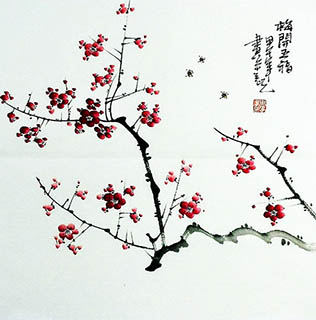 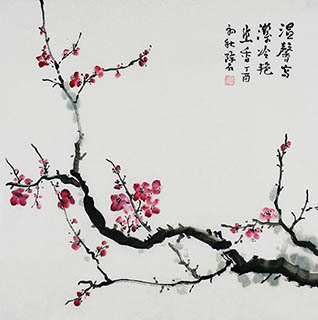 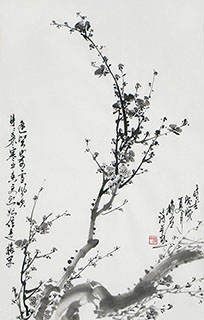 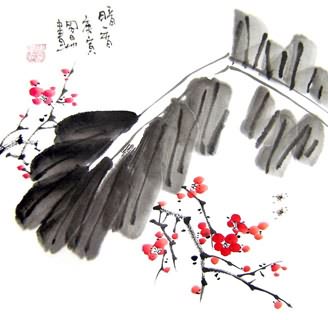 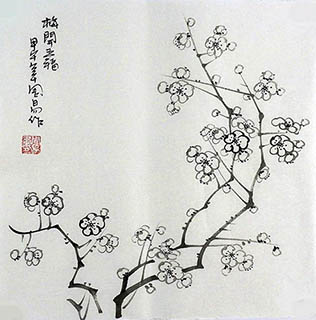 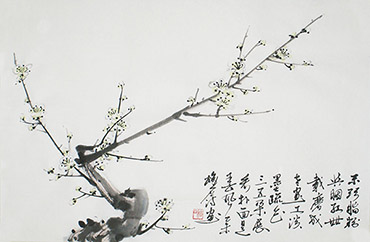 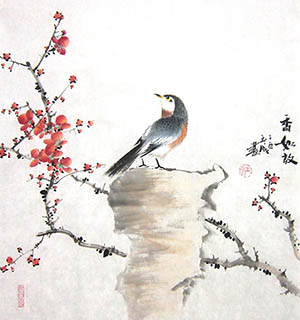 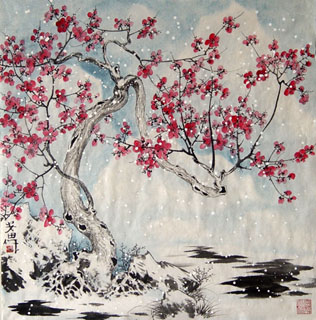 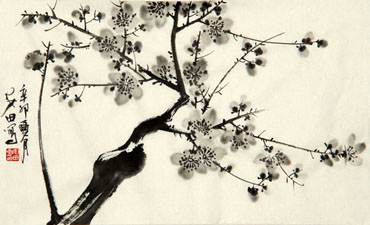 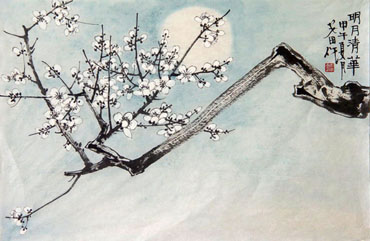 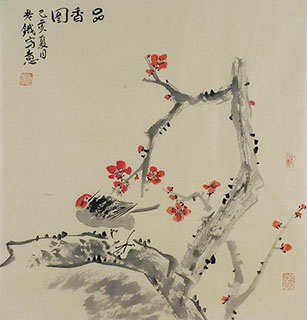 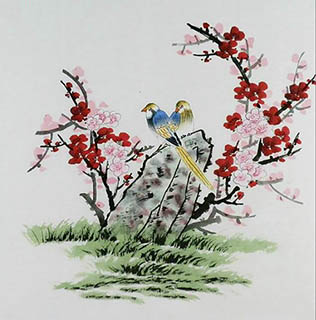