Deer is an auspicious symbol in China. Since ancient times, the deer has been regarded as a noble and precious animal because of their beautiful and noble natural characteristics.

Chinese Fengshui Painting of Deers: In Chinese, "deer(禄)" sounds as lu, the same as that of "禄(official's salary in feudal China)", so from ancient times, deer paintings / scrolls also symbolizes "emoluments" and a high official position and salary.

White Deer Painting: It is said that the founder of Taoism is often riding a white deer, and the white deer only appears when the state is politically stable and harmonious.

A Group of Deers Paintings: Deer is a kind of gregarious animal. A group of deers pictures symbolize happyness and "meeting with friends".

Two(2) Deers Feng Shui Painting: "deer(鹿)" also sounds the same as the word "road(路)" in Chinese. So the image of two deers also implies that everything was going smoothly on the road.

Deer and Bat Painting: "bat(蝠)" implys "happyness(福)" as the two words are pronounced the same in Chinese. So this painting symbolizes happiness, a high position and salary. 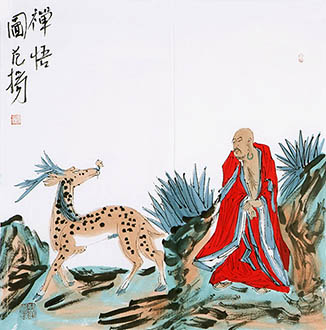 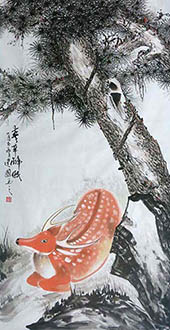 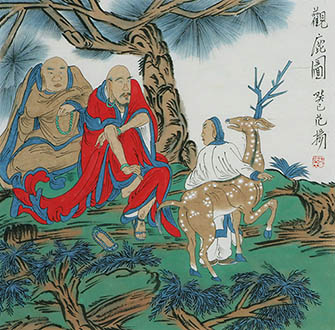 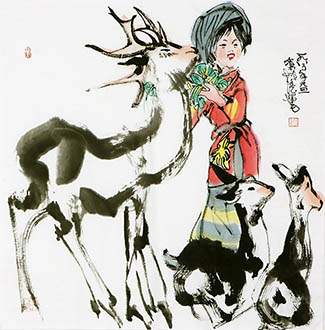 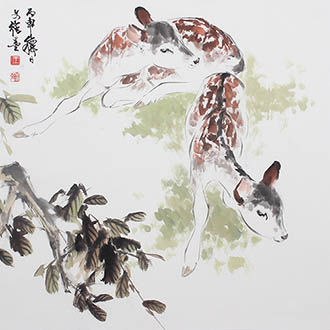 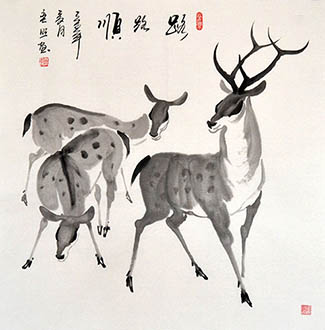 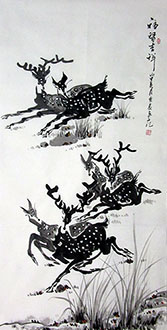 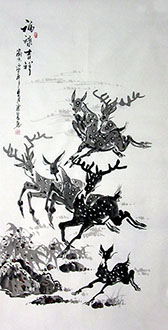 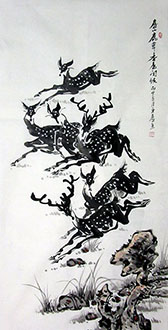 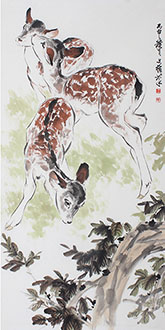 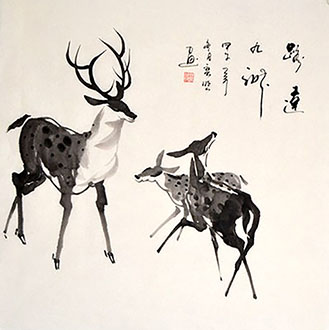 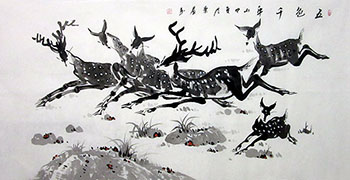